Four years ago, on November 8, 2013, Supertyphoon Yolanda ravaged the Philippine islands. In Cebu, the typhoon hit the coastal areas and the northern towns of Daanbantayan, Bantayan, Camotes, Bogo, San Remigio, and Medellin.

And so, this week, let us revisit the aftermath of the biggest natural disaster to ever hit the Philippines in recent memory.

Here are some photos of Cebu City a few hours after the Supertyphoon made landfall.

Residents leaving the Cebu Provincial Capitol after the typhoon

A fallen tree destroyed a portion of the Fuente fence

Also, the 2013 Christmas Tree at Fuente Osmeña fell to the ground.

Sandbags on streets at the Cebu Business Park

The fence of the U/C Ayala Center Cebu phase 2 was destroyed, as well.

Then, an age-old tree near the Magellan’s Cross fell to the ground.

People from nearby provinces started arriving in Cebu a few days after the tragedy. In fact, one of the busiest receiving centers was the Tinago Evacuation Center.

The Cebuanos didn’t rely on fund-raising campaigns to help their fellow Cebuanos in need. In fact, the weekend after supertyphoon Yolanda hit Cebu, thousands braved the heavy traffic to get to the affected areas. Although the tail end of the traffic was in Liloan, Cebuanos traveled to the northern end of the island to distribute relief goods. Trucks and private vehicles carrying medicine, water, and food also made their way towards Northern Cebu. This has now been called the Great North Cebu Drive. 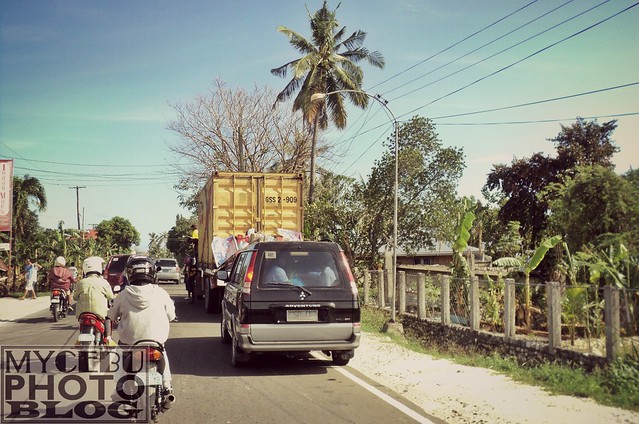 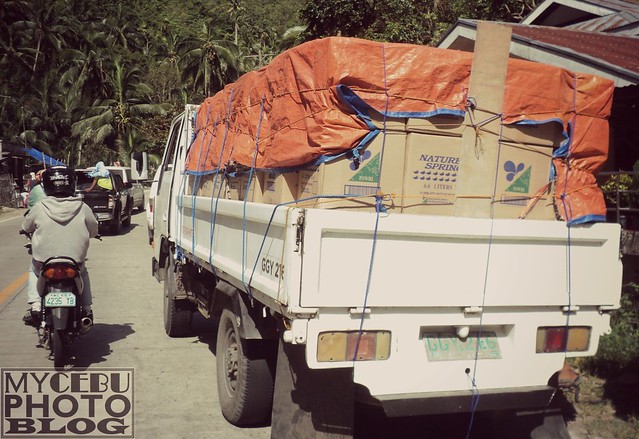 Street signs asking for help along the highway in Bogo City. 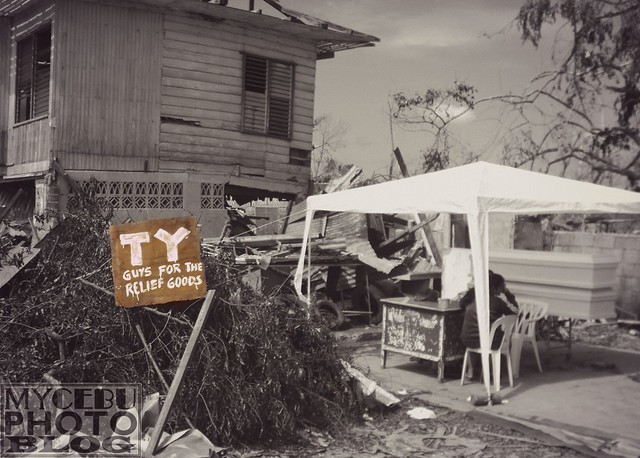 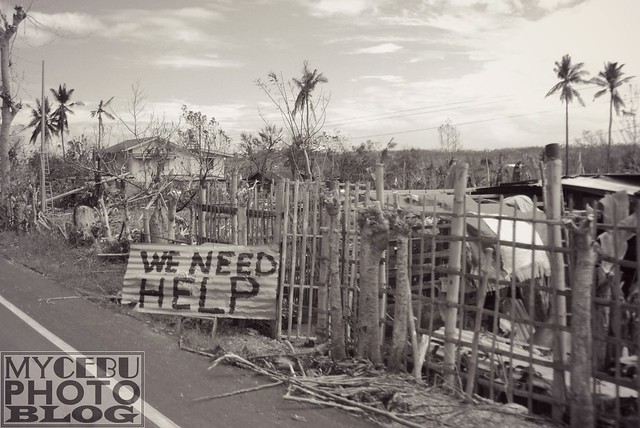 Locals waiting for help along the road. 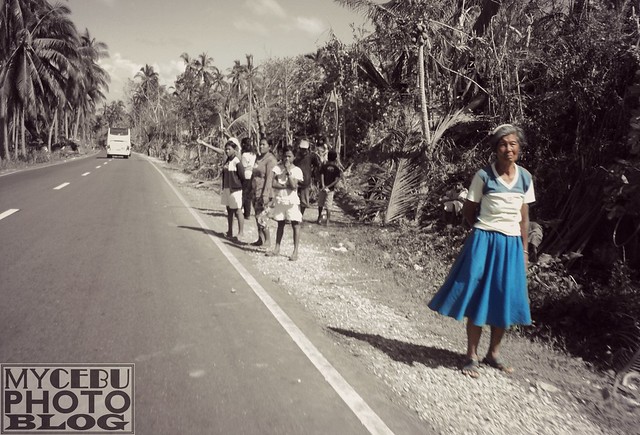 Some of the homes in Northern Cebu 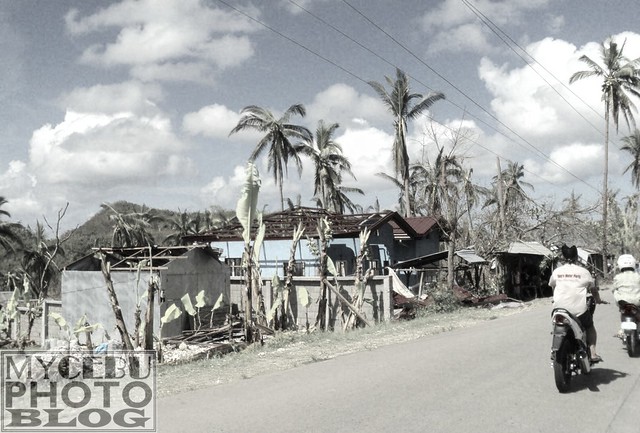 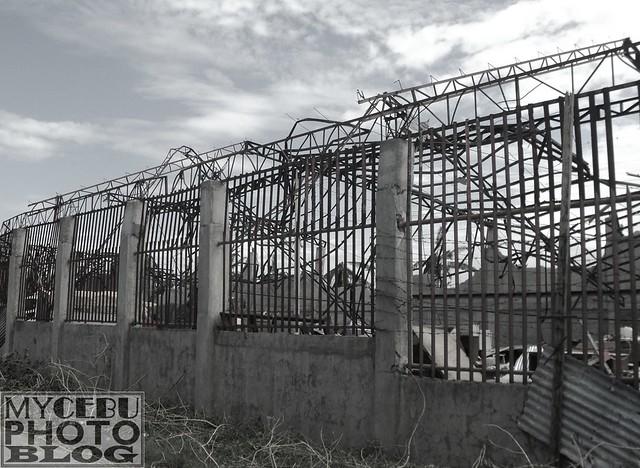 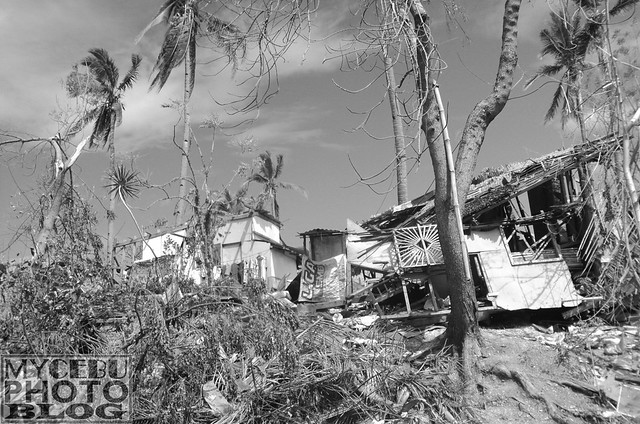 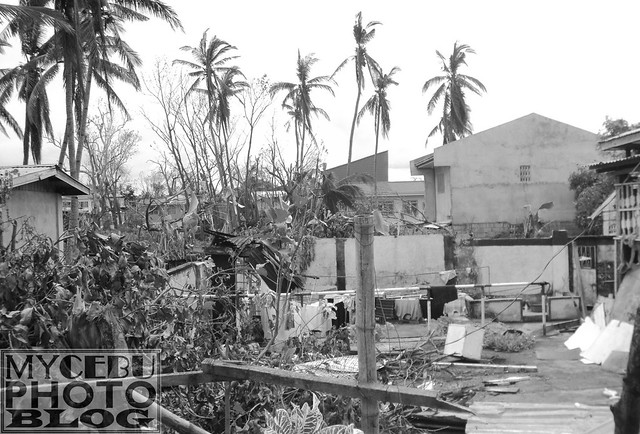 Residents lined up for medical treatment outside the Bogo Hospital. 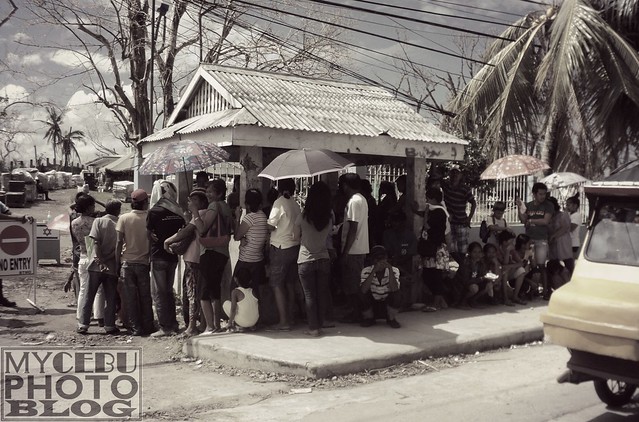 This is what the town church of San Remigio looked like after the typhoon. 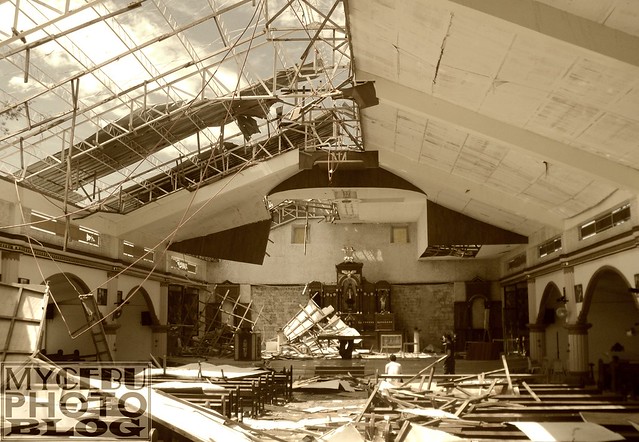 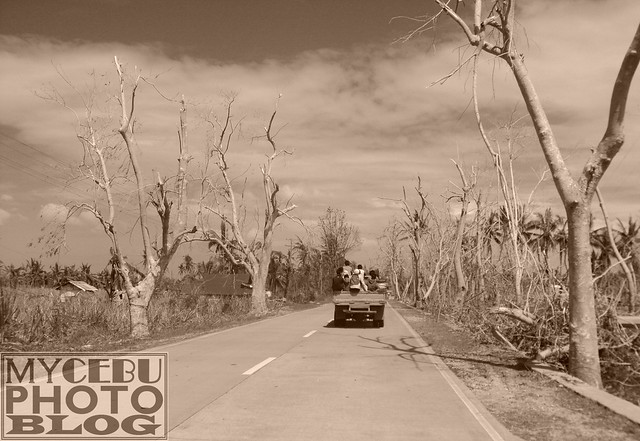 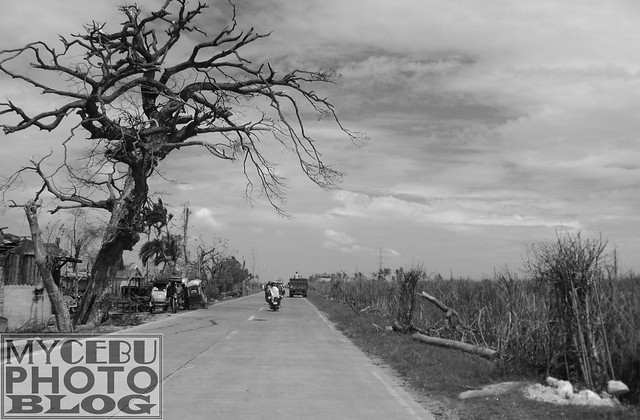 Medellin town’s sports center after it was hit by the typhoon. 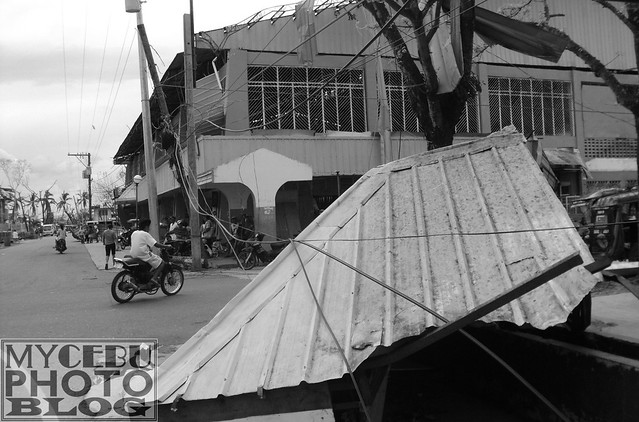 What remains of a house in Medellin is shocking. 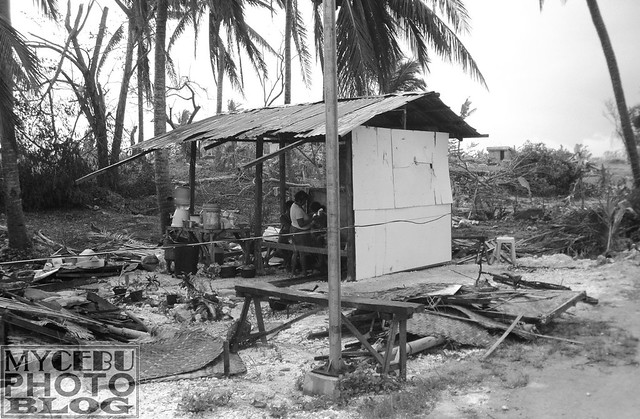 The lush Curva, Medellin tree lost all of its leaves. 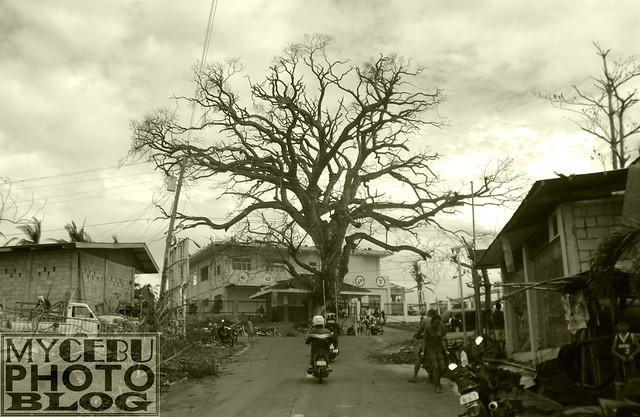 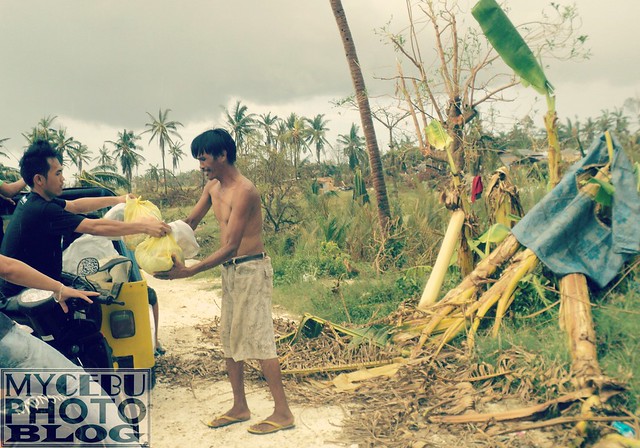 This private vehicle also gave out goods in Medellin. 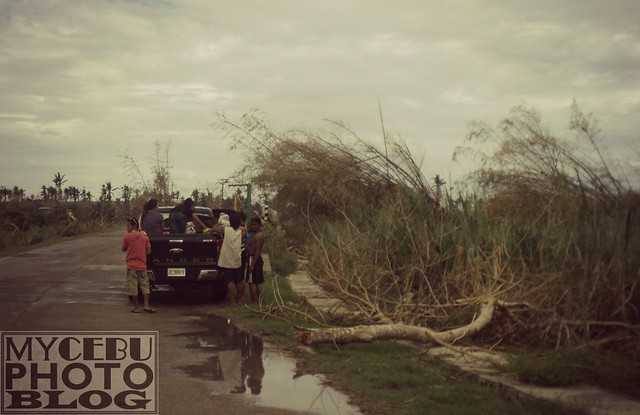 Locals with their goods from different groups. 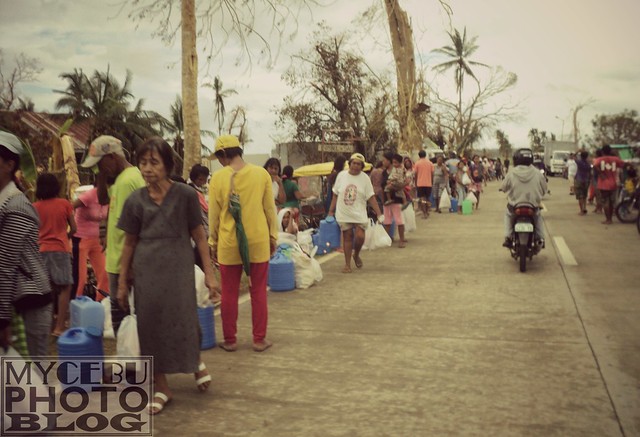 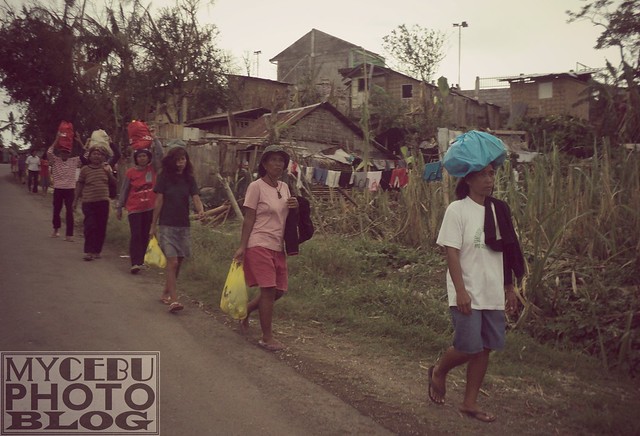 Do you have Yolanda photos that you want to share, too? Let us know in the comments below!